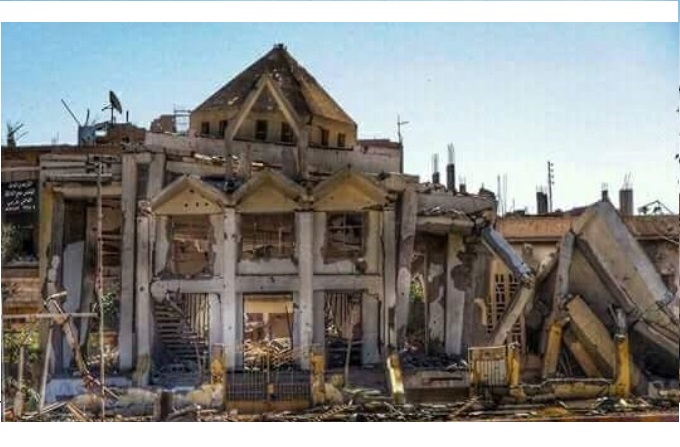 Photojournalist Tony Ishak has photographed the Armenian church of Raqqa after the liberation of the city.

Footage released on March 14, 2016 showed the Armenian Catholic Church of the Martyrs in Raqqa with crosses removed or toppled. ISIS turned the Church into a proselytizing center and replaced the cross with an ISIS flag.

Other Armenian Churches in Syria destroyed by terrorists and militants: 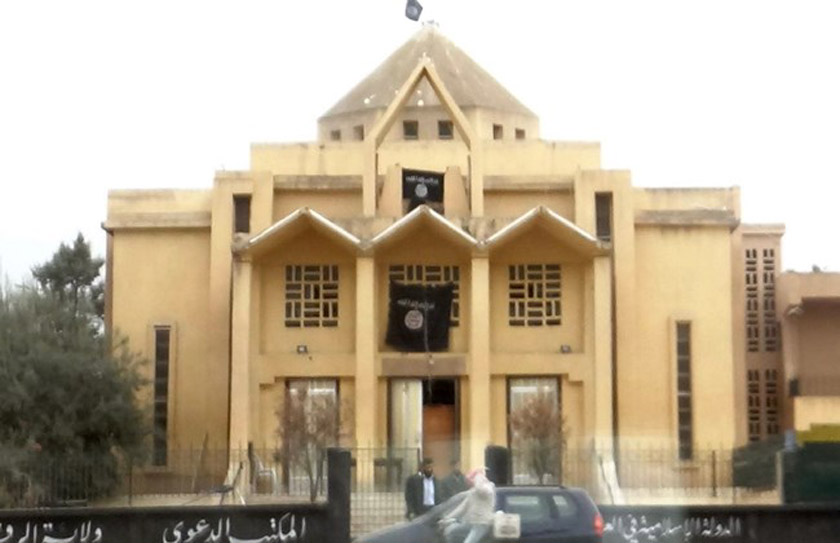