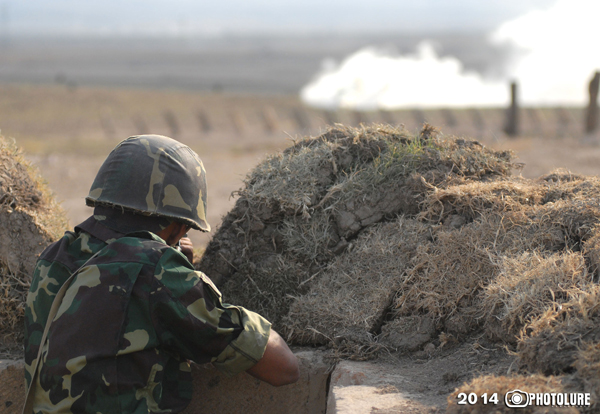 The Azerbaijani side violated the ceasefire about 55 times at the line of contact with the Karabakh forces last night, the NKR Defense Ministry reports.  The rival mostly used firearms of different calibers as it fired over 430 shots in the direction of the Armenian positions.

The Azeri forces used sniper rifles as they opened intensive firing in the eastern direction of the line of contact.  Contract serviceman Karen Marat Ulubabyan (born in 1995), was killed as a result of ceasefire violation at about 23:25, January 22.  An investigation into the details of the case is under way.

The NKR Defense ministry shares the sorrow of the heavy loss and expresses support to the soldier’s family and friends.  In the meantime, front troops of the NKR Defense Army resorted to response actions to pressure the activeness of the rival.