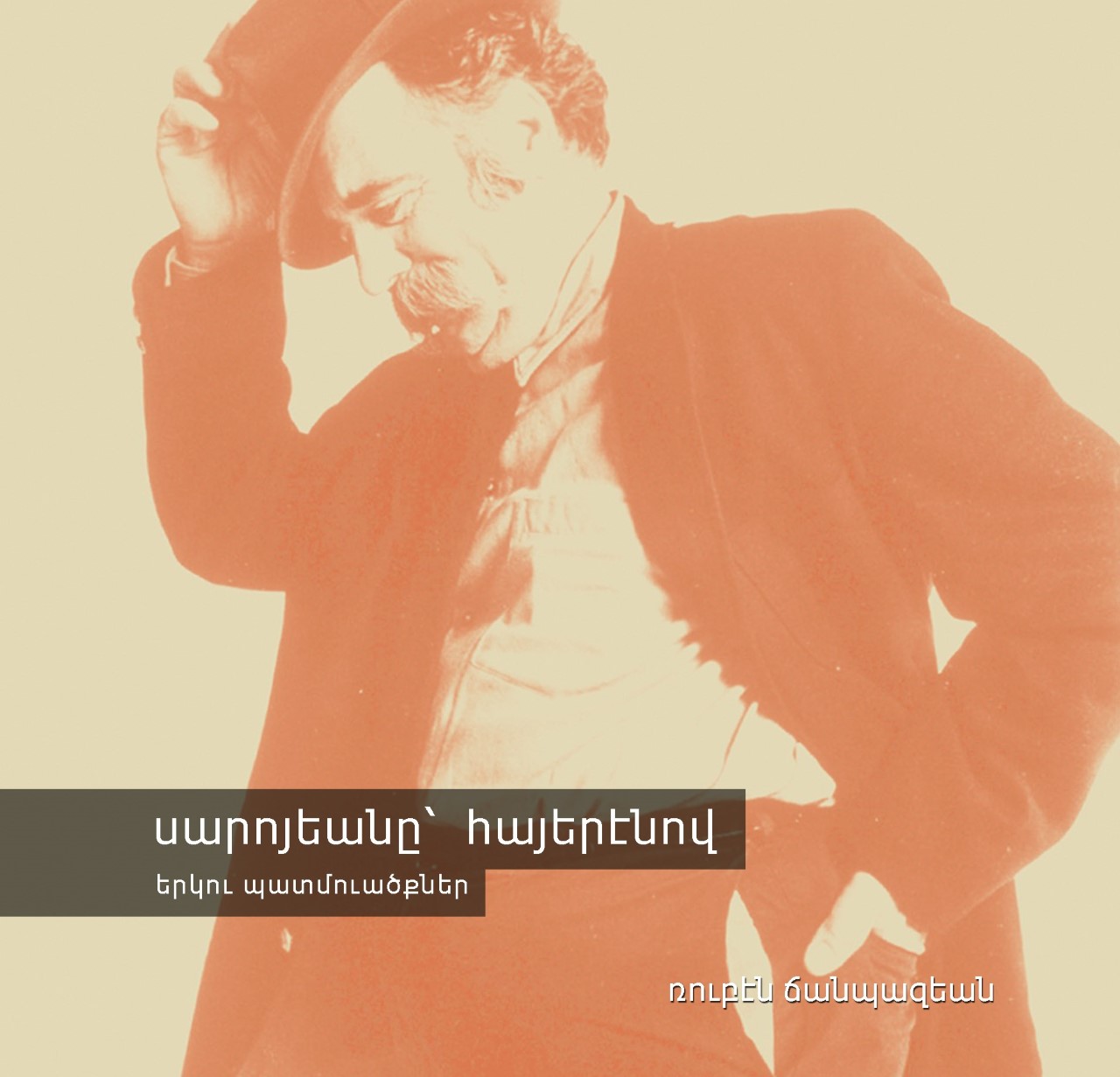 The 53-page Saroyan in Armenian  includes the Western Armenian translations of Saroyan’s famed “Seventy Thousand Assyrians” and “Five Ripe Pears,” and Saroyan’s biography written by filmmaker Paul Kalinian (“William Saroyan: The Man the Writer,” 1991). The book, which includes 10 original color graphics by Janbazian, was edited by Yeprem Tokjian of Toronto.

Saroyan in Armenian was published in 2015 in memory of Sosé (Thomassian) and Allen Yekikian following their untimely passing in 2013. The Foundation continues Sosé and Allen’s vision by establishing programs and supporting existing programs aimed at bridging the gap between Armenia and its Diaspora, through an emphasis on education, repatriation, and volunteerism within the homeland.

“The first time I read Saroyan was in Armenian. I was a seventh grade student at ARS Armenian School when we read Hampartsumian’s masterful Armenian translation of Saroyan’s celebrated book, My Name is Aram,” recalled Janbazian. “If our teacher had not mentioned that we were reading a translation, I would have never realized that Saroyan wrote in English… His words were sincere and heartfelt. Saroyan fascinated me from the very first day that I began reading that book. I am proud that this book is dedicated to Sosé & Allen, who continue to inspire new generations of Armenians every day,” he added.

William Saroyan (1908–1981) was an Armenian-American novelist, playwright, and short story author. He was awarded the Pulitzer Prize for Drama in 1940, and in 1943 won the Academy Award for Best Story for the film adaptation of his novel The Human Comedy. Saroyan wrote extensively about the Armenian immigrant life in California and of his stories and plays are set in his native Fresno. Some of his best-known works are The Time of Your Life, My Name Is Aram and My Heart’s in the Highlands.

He has been described in a Dickinson College news release as “one of the most prominent literary figures of the mid-20th century” and by Stephen Fry as “one of the most underrated writers of the [20th] century.” Fry suggests that, “[Saroyan] takes his place naturally alongside Hemingway, Steinbeck and Faulkner.”

Rupen Janbazian is an editor, translator, and activist, who currently resides in Toronto, Canada. He is the former editor of the Armenian Weekly and has previously taught Armenian history and creative writing at the ARS Armenian School of Toronto. Currently, he serves as the editor of Hamazkayin’s h-pem online platform.

Armenian Doctors Have Carried Out 394 Surgeries in Syria