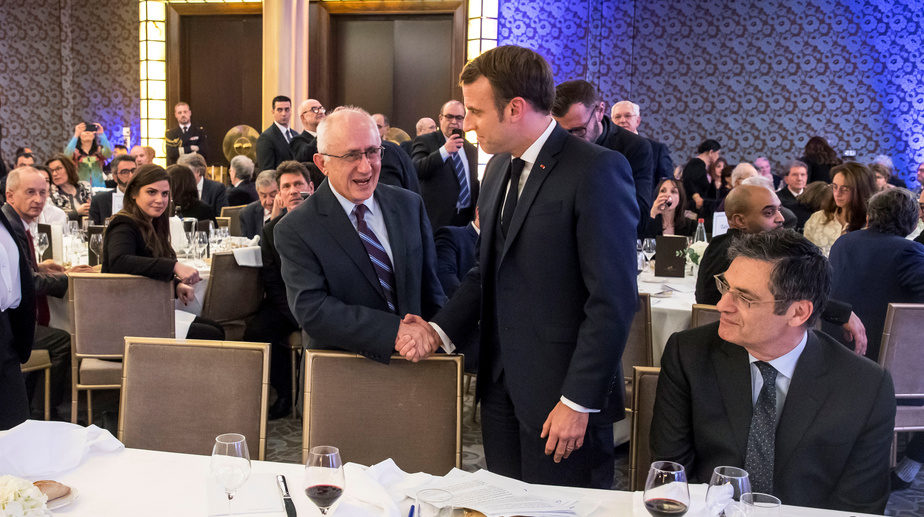 Macron welcomes Akcam during a dinner hosted by the Coordinating Council of Armenian Organizations in France (CCAF), on January 29, Paris

“You denounced the denial,” Mr. Macron told Mr. Akcam, author of the book “Orders to kill”, during a dinner hosted by the Coordinating Council of Armenian Organizations in France (CCAF)

According to the French president, Taner Akcam’s book constitutes “the scientific establishment of clear intentionality of organized crime.”

“You brought out what some wanted to plunge into oblivion, Genocide denial,” said Macron. “It is an essential stone in this deeply political debate with the Turkish leaders,” he added.

“We don’t build any great story on a lie, on the policy on a revisionism or a negationism”, he insisted in allusion to Turkey, denouncing “the shadow cast by a strategy which aims at a new expansionism in the Middle East, deny the crimes and strive to regain the strength of the past, a fantasized past, very largely.”

Taner Akcam “Killing Orders: Talat Pasha’s Telegrams and Armenian Genocide” has been was presented in France earlier this week.

This book provides a major clarification of the often blurred lines between facts and truth in regard to these events. The authenticity of the killing orders signed by Ottoman Interior Minister Talat Pasha and the memoirs of the Ottoman bureaucrat Naim Efendi have been two of the most contested topics in this regard. The denialist school has long argued that these documents and memoirs were all forgeries, produced by Armenians to further their claims.

Taner Akçam provides the evidence to refute the basis of these claims and demonstrates clearly why the documents can be trusted as authentic, revealing the genocidal intent of the Ottoman-Turkish government towards its Armenian population. As such, this work removes a cornerstone from the denialist edifice and further establishes the historicity of the Armenian Genocide.