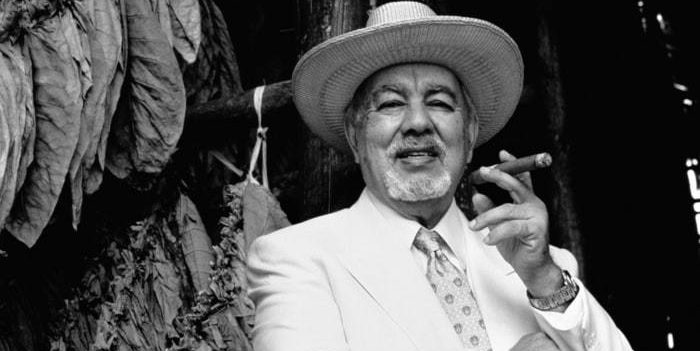 Men’s Journal– Pianist and songwriter Avo Uvezian passed away on Friday at 91, leaving behind over seven decades of musical history, and a legacy of cigars.

He built a name for himself late in life as a jazz pianist who traveled the world playing with many of the greats, writing for one of them. Avo Uvezian had traveled the world already by the time he hit it big. He played for the Shah of Iran and before that spent a year in Baghdad. His band, the Lebanon boys, toured the middle east until Uvezian found his way to America to attend Juilliard in the 1960s.

By then the accomplished pianist, who had been born in Lebanon in 1926, spoke a dozen languages, including Farsi, French, Turkish, and English. He once told Cigar Journal, “I usually count in Armenian in my head,” in 2015. “I find the best language to swear in is Turkish, and when dreaming of pretty women, French is the best language.”

But in it was the 1960s, and in English, that he finally got to write some melodies of his own. It was probably tough, trying to make the transition from performer to songwriter in his late 30s, but he had some good material. The first song to make it big was an enchanting melody, called “Broken Guitar.” And boy did it make it big.

Uvezian was living in New York, but a friend knew a singer from New Jersey that was looking for new standards. The man’s name was Frank Sinatra. In 1966 Uvezian played “Broken Guitars” for Sinatra, who fell in love with the melody, but convinced Avo to throw out the title and the lyrics. He wrote new ones, and gave it a new title. He called it “Strangers in the Night.”

Uvezian won’t be remembered as the composer. Bert Kaempfert is credited with the melody while many argue the documentation supports Uvezian.

Following “Strangers in the Night” making it big, Uvezian started over in Puerto Rico, filling the hot nights’ air with music. In the ‘80s, he went to Switzerland to have his daughter Christened, and enjoyed his first cigar.

Uvezian was immediately smitten with the smoke, but balked at the price and vowed to make his own brand of quality products. He went in search of someone to make them, and found Davidoff legend Hendrik Kelner in the Dominican Republic. Many of the first cigars sold out of a box atop Avo’s piano, but their popularity exploded. 100,000 in the first year, 750,000 in the first three. Davidoff ended up buying the distribution rights outright in 1995 for $10 million.

He continued to represent the brand though, going on multi-city, international tours to celebrate every year when a limited edition “birthday” cigar came out.

Uvezian’s health had deteriorated in recent years. A car accident added to a growing list of reasons not to travel. Still, he’d managed a few appearances, each with at least a few minutes reserved to play for his guests. He turned 91 just three days ago, and the last “birthday” cigar was released this month.

He’s survived by his wife Nivia, daughter Karyn, sons Jeffrey, Robert and Ronny, and a legacy of rooms where smoke and music filled the air.