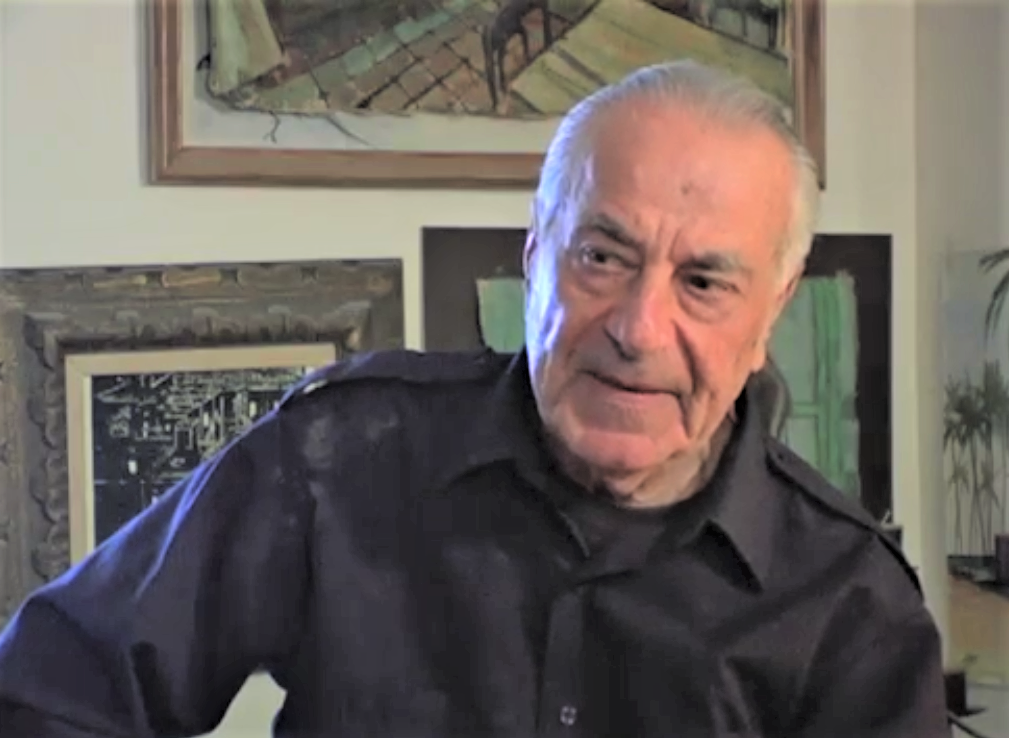 Joseph Egoyan seen in a screen shot from a short film (“The Life and Art of Joe Egoyan”) by Robyn Lee Unwin.

(TORONTO)- Long-time Victoria, BC resident and painter Joseph Egoyan has died on June 14 after a long illness. He was 85.

Egoyan, who was the father of Oscar nominated Canadian Armenian filmmaker Atom Egoyan and acclaimed pianist Eve Egoyan, immigrated to Victoria from Cairo in the early 1960s with his family. Together with his wife Shushan, the couple established and ran an interior design and furnishing store in the city as they realized their experimental art was commercially not always favourable. The business attracted many BC artists as they befriended the art loving couple.

Their children Atom and Eve seem to have inherited their parents’ love of arts: Joseph was a painter-turned designer and a music lover, while Shushan was a painter.

Joseph Egoyan was the son of Armenian Genocide survivors who was born and raised in Egypt.

On many occasions, he joined members of the Armenian community of British Columbia in commemorating the Armenian Genocide at the BC Legislature in Victoria.

He is survived by his wife and two children.