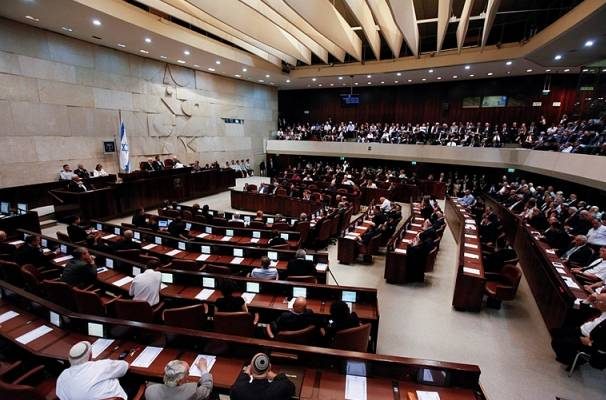 It came as no surprise that the Israeli Knesset on Wednesday, once again, rejected a bill to officially recognize the Armenian Genocide in vote of 41 against and 28 for.

This iteration of the bill was introduced by chairman of the opposition Yesh Atid Party, Yair Lapid who said, “There is no reason that the Knesset, which represents a nation that went through the Holocaust, shouldn’t recognize the Armenian Genocide and have a remembrance day for it.”

Deputy Foreign Minister Tzipi Hotovely said a parliamentary delegation was sent to Yerevan to participate in the 100th anniversary event, but will not take an official stance on the matter, “in light of its complexity and diplomatic repercussions, and because it has a clear political connection.”

Knesset Speaker Yuli Edelstein called on the government in 2015 to change its stance, and in 2016 the Knesset Education Committee recognized the Genocide.

However, the chairman of the Armenian National Committee of Jerusalem Hagop Sevan was more optimistic on a possible future recognition of the Genocide by Israel saying he had no doubt that sooner or later the Jewish State will recognize the events of 1915 as Genocide.

“The bill was introduced without our initiative, unlike before when as a result of our efforts the opposition Meretz party initiated the effort,” explained Sevan in an interview with Armenpress.

“Yair Lapid announced his intentions to submit such a bill several months ago, in some sense taking into account the deterioration of Israeli-Turkish relations,” added Sevan who explained that the political climate in the country involving corruption charges against Israeli Prime Minister Benjamin Netanyahu could have played a role in the legislature’s decision. Official corruption charges were filed against the Israeli leader on Tuesday.

Sevan explained that Lapid, who spearheaded the latest recognition effort, is a witness in the Netanyahu case.

ANCC’s Statement on the 30th Anniversary of the “Karabakh Movement”