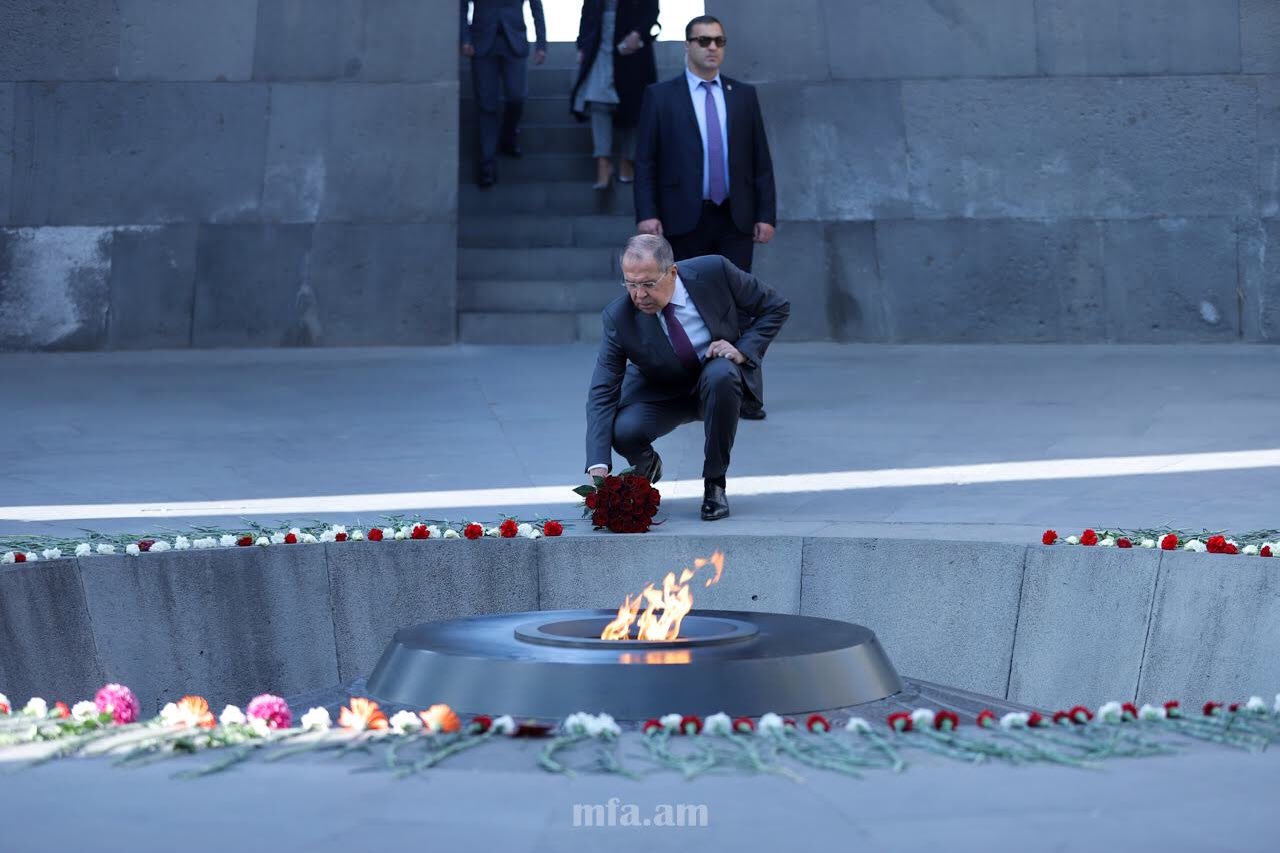 Lavrov pays tribute to the memory of the Genocide victims

Minister Lavrov laid a wreath at the memorial to the Armenian Genocide victims and flowers at the Eternal Fire.

The Russian Foreign Minister watered a fir tree he had planted in the Memory Alley during one of his previous visits to Armenia.