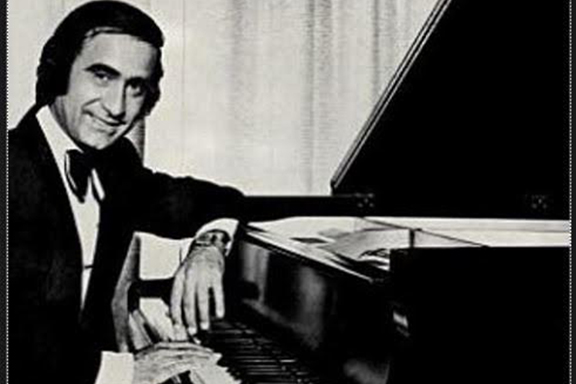 (Asbarez)- Well-known Armenian pianist, composer and arranger Jacques (Jack) Kojian passed away on Tuesday , September 17, 2019 at his home in Granada Hills, California after a long battle with Alzheimer’s disease. He was surrounded by family members and loved ones. Father Vazken Atmadjian had visited him only a few hours before.

Kojian was born in Lebanon to a family that loved and appreciated music. His father Haig was a clarinet player, his late brother, Varoujan, was a conductor with international stature, and his younger brother, Mihran, is a well-known violinist in international circles.

Kojian has made a significant contribution to the modern Armenian folk music (often referred to as “estradayin) in the diaspora. He has travelled extensively and performed in various countries in the Middle East, Europe, as well as in America, Australia, and Armenia. He performed with several well-known Armenian singers such as Manuel, Adis Harmandian, Paul Baghdadlian, Karnig Sarkissian and many more. He also assisted various artists in arranging their recordings and live performances.

The most famous of his compositions is “Vertchin Giragin” (The last Sunday), which was recorded by several different singers.

Kojian lived in Lebanon until the mid-seventies. Then, as a result of the Lebanese Civil War, he moved to California, where he continued to perform for several decades.