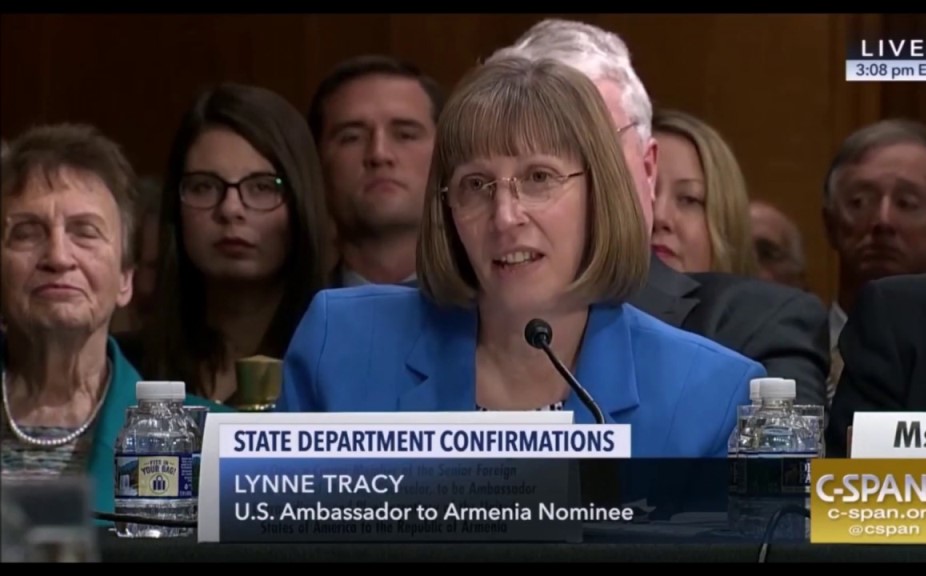 The United States Senate has confirmed President Donald Trump’s nominee Lynne Tracy to serve as the country’s ambassador to Armenia, the Armenian National Committee of America (ANCA) said on Facebook.

“I support this nomination, but expect to work closely with Ms. Tracy on how she will encourage an honest acknowledgement of the Armenian Genocide,” ANCA quoted Senator Bob Menendez as saying.

In a statement before the Senate Committee on Foreign Affairs earlier in December, Lynne Tracy stressed the key purpose of the U.S. policies in Armenia is to strengthen the country’s independent statehood.

“The overall goal of our Armenia policy remains an independent, democratic, and prosperous Armenia, at peace with its neighbors. Situated astride a geographic and cultural crossroads, Armenia has always balanced competing interests, and we continue to affirm our commitment to a sovereign Armenia, free to choose its own partners,” she said.

U.S. ambassadors are nominated by the president and confirmed by the Senate. Tracy, who has 24 years of experience in public administration, earlier served as Senior Advisor for Russia Affairs at the U.S. Department of State.