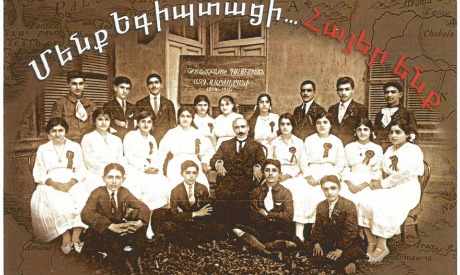 The documentary ‘We Are Egyptian Armenians,’ directed by Waheed Sobhi, relays the history of the Armenian community in Egypt as recounted by many of its members and supported with archival materials including photos, videos and paintings.

The film, created in cooperation with scriptwriter Eva Dadrian and researcher and executive producer Hannan Ezzat, was screened at the Cairo International Film Festival 2016.

The film is set to be screened in Egypt, the US and Canada.

Ahram Online sat down for an interview with the filmmakers Sobhi, Dadrian, and Ezzat.  “There are many ways to make a film about the Egyptian Armenians. We chose to focus on their history in Egypt, and their contribution to Egyptian history and society. The film has many archival images and videos as well as information relayed by a narrator,” director Waheed Sobhi said in an interview with Ahram Online.