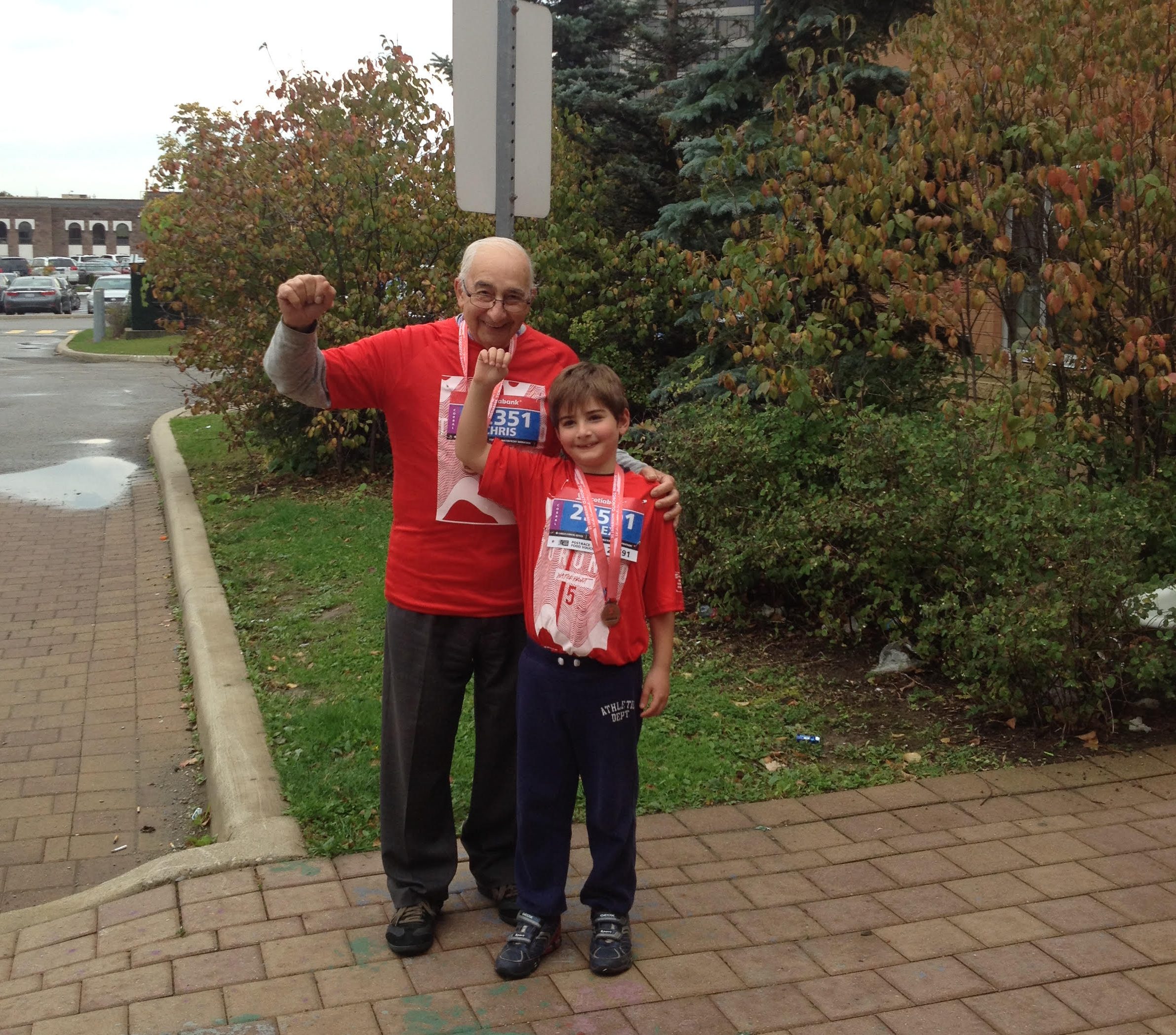 For the past several years, Khatchig Kansabedian has walked in the Scotiabank Run to Remember to honour the memory of his beloved friends and family.

After each race he proudly gave his race medal to his grandson Alex who in turn, proudly wore it around his neck. “When can I walk with you, Medz Baba?” he would ask. “Next year, hokees, next year”, Medz Baba would reply.

On the morning of the walk, the forecast called for rain and worried Medz Mama wondered if it was still a good idea for either of them to walk in that weather. “But we made a commitment” answered Alex, and off he walked, with his Medz Baba, hand in hand for over an hour in the pouring rain. And this year, Alex got his very own medal. A proud day for them both!