Exchange of territories for status will be disastrous – David Babayan 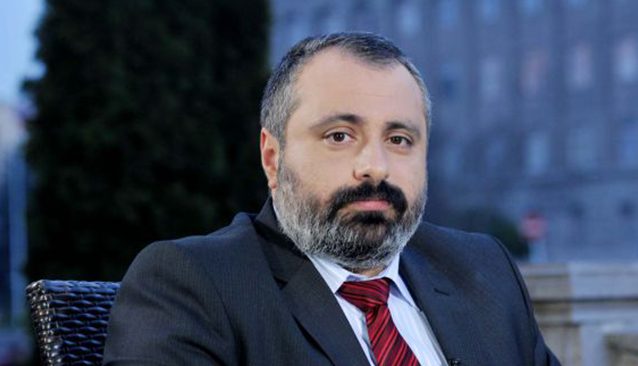 Artsakh and Armenia stand for expansion of the Office of the Personal Representative of the OSCE Chairman-in-Office, Spokesman for the Artsakh President David Babayan said in an interview with the Public Radio of Armenia. He blamed Baku for foiling the process, despite teh agreements reached at Vienna and St. Petersburg summits.

Speaking about Artsakh’s vision of settlement of the conflict, Babayan said “we share the general opinion that the status quo should change,” but added that “Azerbaijan should first change its approaches and abandon the inhumane, fascist and anti-Armenian ideas.”

“There are many recognized states, but the status has in no way guaranteed their security. He pointed to the examples of Syria, Iraq, Libya, Afghanistan, etc.,” he said.

David Babayn said that there can be no forced solution to the conflict. “The Minsk Group Co-Chairs have declared on many occasions they are not judges, they are mediators, who help seek for solutions.”

“Force is not an option,” the Spokesman said. He said there is no alternative to talks and added that that “the involvement of official Stpanakert in negotiations as a full party is crucial for achieving comprehensive solutions.”