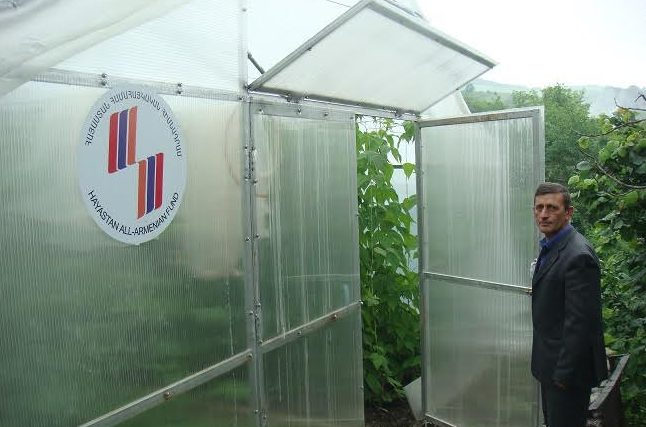 With support from Argentinean-Armenian donors, the Hayastan All-Armenian Fund has launched the third phase of its increasingly popular greenhouse program in Armenia’s Tavush Region.

Greenhouses, each with a total area of 100 square meters, are being built for 57 farming families in the villages of Voskevan, Artsvaberd, Koti, Nerkin Tsaghkavan, Berdavan, Aygehovit, Koghb, Zorakan, Ditavan, and Kirants. Two additional greenhouses are being constructed in the village of Khachardzan, with the financial support of the Hayastan All-Armenian Fund’s Australian affiliate. As part of the project, the beneficiary families will also receive seedlings and be provided with technical consultation.

Mariam Zenjirjian, the project’s coordinator, says that beneficiaries are selected through a lottery process and must assume a portion of the greenhouse-construction cost. The Hayastan All-Armenian Fund has received 100 applications after announcing the launch of the program’s third phase. Each greenhouse costs US $5,400, of which $400 is covered by the beneficiary. “Year by year, the number of those who wish to become greenhouse owners increases considerably — which is a great testament to the success of the program,” Zenjirjian says.