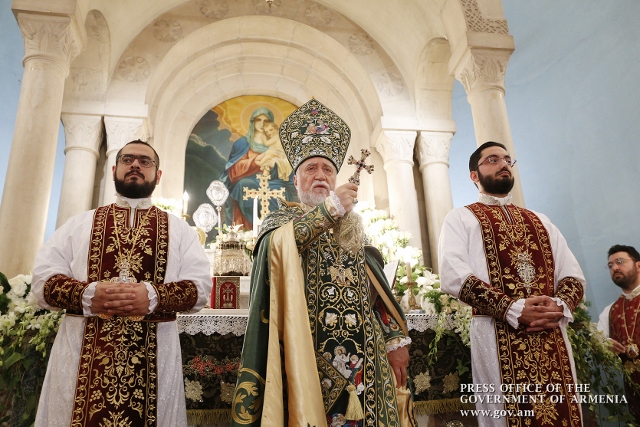 he 50th anniversary of His Holiness Aram I ordination to priesthood was ceremoniously marked in Antelias with a Divine Liturgy, which was celebrated by the Catholicos, followed by a reception. Present at the ceremony were Lebanese and Armenian authorities, and the acting PM of RA Nikol Pashinyan and his wife.