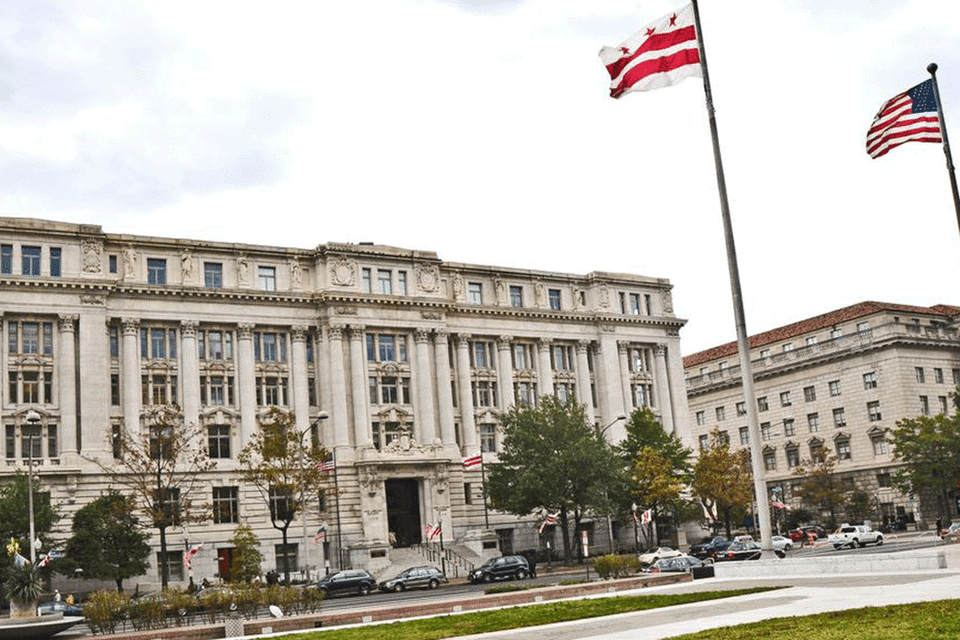 The City Council of the DC

(ANCA),- The District of Columbia has joined 49 U.S. States and the U.S. House of Representatives in recognizing the Armenian Genocide and calling for its inclusion in the DC school curriculum.

The Armenian Assembly of America welcomed the adoption of the resolution by the Council of the District of Columbia, especially highlighting the emphasis on the importance of education.

The full text of the Resolution below:

A CEREMONIAL RESOLUTION 23-103
IN THE COUNCIL OF THE DISTRICT OF COLUMBIA
Adopted November 8, 2019

WHEREAS, on April 24, 1915 the Ottoman Turkish government began a premeditated campaign of brutal atrocities, including pogroms, deportations, forced death marches across Anatolia into the Syrian desert, starvation, crucifixions, kidnapping, massacres en masse, and genocide against its Christian Armenian minority population, resulting in the death of an estimated one and one half million Armenians as well as over one million Greeks, Assyrians, Syriacs and others were massacred as part of the planned complete eradication of those indigenous communities by the Ottoman Turkish Empire that continued until 1923;

WHEREAS, on July 16, 1915, U.S. Ambassador to the Ottoman Empire, Henry Morgenthau, wrote to the U.S. Secretary of State, Robert Lansing, and reported that “Deportation of and excesses against peaceful Armenians is increasing and from harrowing reports of eyewitnesses it appears that a campaign of race extermination is in progress”;WHEREAS, on May 28, 1951, the United States Government affirmed the Armenian Genocide in a statement to the International Criminal Court, which stated that “The Roman persecution of the Christians, the Turkish massacres of Armenians, the extermination of millions of Jews and Poles by the Nazis are outstanding examples of the crime of genocide” ; WHEREAS, the U.S. House of Representatives officially acknowledged the World War I mass killings of Armenians as the Armenian Genocide through adopted legislation in 1975 and 1984;

WHEREAS, on March 27, 2015, U.S. Secretary of State John Kerry rightfully condemned the Islamic State’s persecution of Christians, Yezidis, and other religious minorities, including Armenians, in Iraq and Syria as genocide;WHEREAS, the United States was the first county to recognize the Armenian genocide and raised millions of dollars to aid the surviving victims of the genocide; WHEREAS, forty-nine U.S. states and twenty-eight countries have officially recognized the Armenian Genocide and likewise called upon the Government of Turkey to acknowledge their history;

WHEREAS, to this day revisionists still inexplicably deny the existence of the Armenian Genocide;

WHEREAS, Near East Relief was the first Congressional-sanctioned American philanthropic effort created exclusively to rescue the Armenian Nation and other Christian minorities from annihilation after S. Ambassador to Constantinople Henry A. Morgenthau, pled for assistance upon personally witnessing the systematic massacre of Armenians;

WHEREAS, Near East Relief’s efforts resulted in delivering one hundred seventeen million dollars of assistance between 1915 and 1930, including the delivery of food, clothing, and materials for shelter, setting up refugee camps, clinics, hospitals, and orphanages;

WHEREAS, the generous philanthropy of the American people directly resulted in the salvation of the Armenian and Assyrian refugees nation from being completely annihilated by the Genocide by saving more than one million refugees, including more than one hundred thirty thousand orphans through their humanitarian assistance;WHEREAS, Near East Relief evolved into the Near East Foundation in 1930, and continues to provide humanitarian aid to people throughout the Middle East and Africa;

WHEREAS, James Cannon Jr., Frank Morrison, and Ray Lyman Wilbur of the District of Columbia helped lead the humanitarian efforts of Near East Relief by serving on the Board of Trustees from 1915 through 1930;

WHEREAS, the Near East Relief Committee of the District of Columbia was the 3rd largest committee of any state in the United States from 1915 through 1930;

WHEREAS, since the 1890s, Armenian Americans and organizations contribute richly to the District of Columbia’s social mosaic and add to our community’s economic, political, and educational development; and

WHEREAS, recognition and reaffirmation of this tragedy educate people about the horrors of man’s inhumanity to man and works to prevent future occurrences of genocides.

RESOLVED, BY THE COUNCIL OF THE DISTRICT OF COLUMBIA, That this resolution may be cited as the “Armenian Genocide Recognition Resolution of 2019”.

Sec. 2. The Council recognizes the 104th Anniversary of the 1915 Armenian Genocide and encourages educators in the District of Columbia to teach about human rights, the Armenian Genocide, and the consequences of genocide denial.

Sec. 3. The Council shall transmit a copy of this resolution, upon its adoption, to the Mayor, the Chancellor of the Office of the State Superintendent of Education, and the President and each member of the State Board of Education.

Sec. 4. This resolution shall take effect immediately upon the first date of publication in the District of Columbia Register.