EU, World Bank to Allocate Over €730 Million for Projects in Armenia 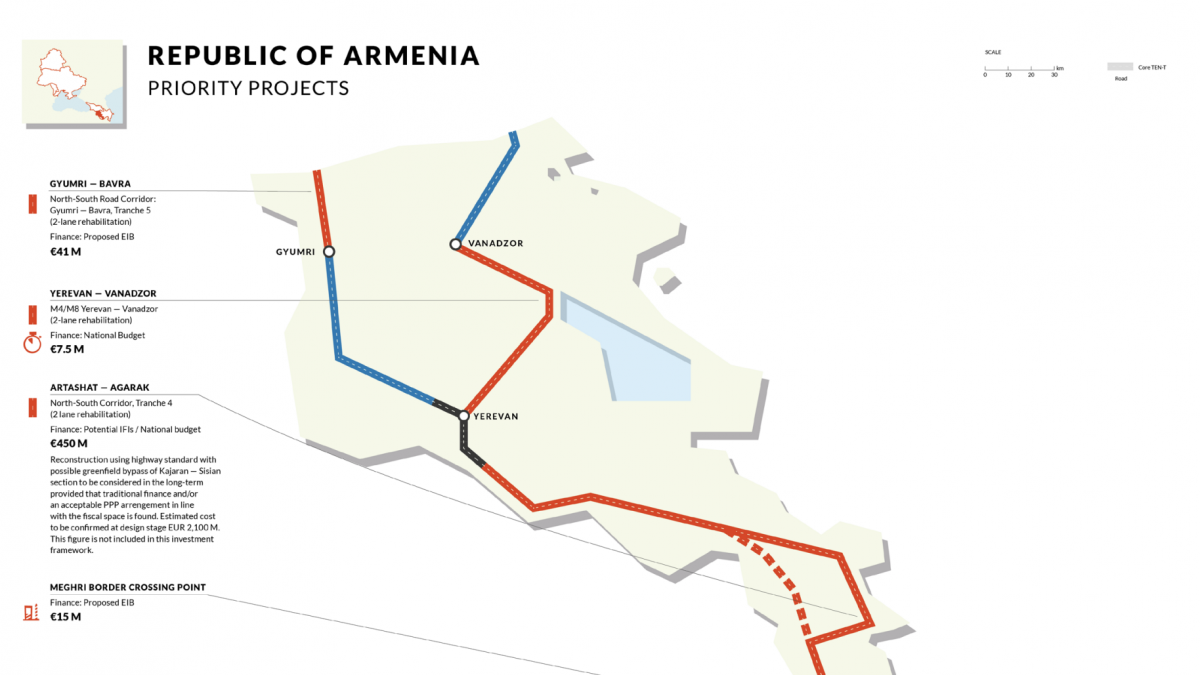 The EaP is a joint policy initiative, which aims to deepen and strengthen relations between the EU, its member states and its six Eastern Partnership neighbours.

The projects in the plan have been created jointly with the Eastern Partnership countries and with the support of international financial institutions.

The project serves to highlight the importance of road safety and digital solutions, and to align design standards with current EU practices.