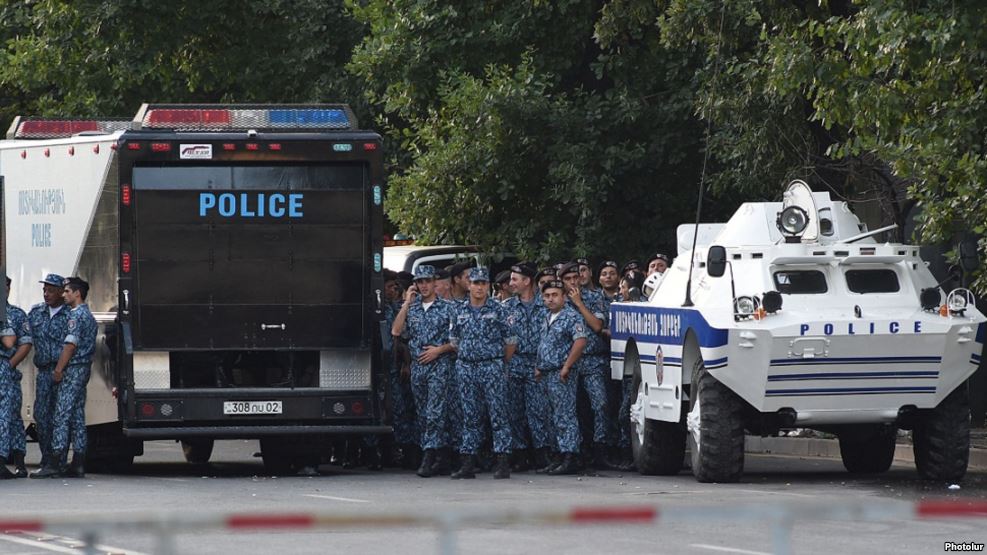 Ill-treatment of criminal suspects held in police custody remains a problem in Armenia despite an “improvement in this area,” a Council of Europe body fighting against torture, said on Tuesday.

The European Committee for the Prevention of Torture (CPT) also deplored harsh conditions at Armenia’s largest prison that were witnessed by a CPT delegation that visited the country in October of last year.

“The delegation received a small number of allegations of police ill-treatment, most of them referring to excessive use of force upon apprehension, which would suggest that there had been an improvement in this area,” it said in a report. “The delegation, however, did gather other indications, including of a medical nature, that the phenomenon of ill-treatment by the police was not entirely eradicated.”

The report says that torture is greatly facilitated by flawed official procedures for recording physical injuries sustained by suspects or other individuals taken to police stations. “In particular, such examinations routinely took place in the presence of police officers who had brought in the person, the explanations of the detained persons as to the origin of their injuries were usually not sought and not recorded,” it says.

Armenian and international human rights organizations have long regarded police brutality as one of the most widespread forms of human rights violation in the country. They say that law-enforcement officers routinely beat up or intimidate detainees to extract confessions from them.

The authorities in Yerevan have repeatedly pledged to tackle the problem. The CPT publicized on Tuesday a 67-page written explanation sent by them to Strasbourg in response to the watchdog’s report. It details measures taken by the authorities to uphold the due process of law and improve prison conditions in Armenia.

The CPT said that its fact-finding mission also looked into several criminal investigations into alleged ill-treatment conducted by the Special Investigative Service (SIS), a law-enforcement body tasked with tackling various abuses by state officials. The mission came away with a “generally positive view of the professionalism of the SIS investigators,” it said.

“That said, the Committee called upon the Armenian authorities to significantly reinforce the SIS in terms of operational staff, thereby removing its need to rely on local police officers,” adds the CPT report.

The CPT delegation had also visited four Armenian prisons during the October 2015 trip. It said it heard no allegations of ill-treatment by prison guards from their inmates.

At the same time, the report describes as “unacceptable” material conditions at Yerevan’s Nubarashen jail, the largest in the country. “The prison was severely overcrowded and in a state of advanced dilapidation,” it says. “Most of the cells at Yerevan Kentron Prison remained dilapidated and overcrowded too.”

“Health-care services in the prisons visited remained understaffed (the situation had actually worsened at Nubarashen Prison) and poorly equipped, and there were problems with access to specialist care,” added the CPT.