“The Promise” Premieres in LA 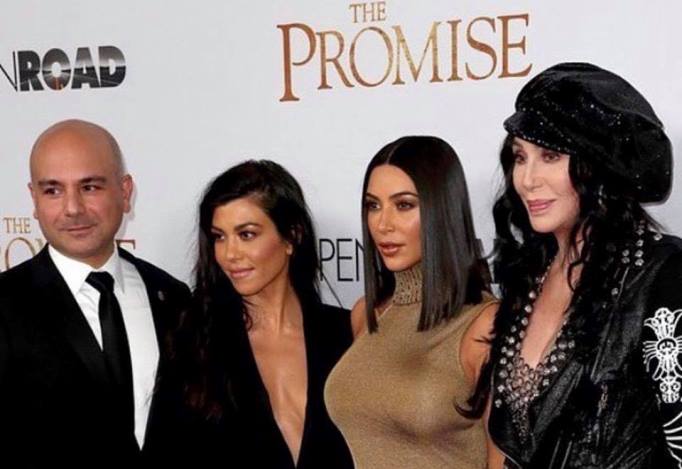 The historical drama “The Promise” premiered in Los Angeles April 12 and got another boost from some Armenian-American celebrities and Hollywood stars.

Cher, Kim Kardashian and Kourtney Kardashian united on the red carpet to support the film at its Los Angeles premiere.

“The Promise” stars Christian Bale, Oscar Isaac and Charlotte Le Bon in a romantic triangle set against the Ottoman Empire’s annihilation of Armenians, known as the Armenian Genocide.

“So proud of the movie #ThePromise. Everyone please go see it and finally hear the story of the Armenian people,” Kim Kardashian tweeted shortly following the screening.

Produced by the legendary Kirk Kerkorian’s Survival Pictures, all proceeds from the film will be go to non-profit organizations.

In February, “The Promise” was introduced by Sir Elton John and David Furnish during the 25th annual Academy Awards Viewing Party of The Elton John AIDS Foundation (EJAF), which will be one of the recipients of the proceeds from the film’s screenings.

It will also be released in the Middle East (Bahrain, Egypt, Iran, Iraq, Jordan, Kuwait, Lebanon, Libya, Oman, Palestine, Qatar, Saudi Arabia, Sudan, Syria, UAE, Yemen) on April 20; in Armenia and Russia on April 27; in the United Kingdom on April 28; in Poland on May 5; in Australia on May 25; in Thailand on June 1; in Spain on June 2; in Belgium on June 14; in the Netherlands on June 15; in Singapore on June 22; in South Africa on June 23 and in Italy on August 24.

The grassroots campaign to ensure the box-office success of “The Promise” has been a worldwide effort supported by a joint coalition of Armenian organizations in North America.